Besides sentence splitting and tokenization no specific data preparation was performed.

We tested every combination of embeddings and methods. In addition, we tried an ensemble approach that combines these predictions with a majority vote / another CNN on top.

We explored both hand-craft features plus classic classification algorithms, as well as modern neural based methods.

For neural based method, we tried multiple different techniques:

Here is our Repository for NER
We use Flair (Paper, GitHub) for sequence labeling. 200 dimensional GloVe word embeddings were extended by Urban Dictionary embeddings. Further, we added some manual features for each token where were one-hot-encoded and added to the embedding vector. The following 30 categories were added:

As Flair has the SOTA for many tasks in NER we used it pretty much out of the box and only changed the embeddings. This gave a small boost on our own training/dev/test split compared to normal glove embeddings. We therefore went forward with only using our combined embeddings. A big problem that we faced is the label ‘repetition’ as we only consider single sentences. It is thus impossible for the model to identify entities which have been mentioned in earlier sentences in a document. We did not tackle this problem due to limitations in time. We also faced the problem of classes not being uniformly distributed, some labels only occurring very infrequently. Our models were not able to learn a good representation of these classes. We also did not tackle this problem due to limitations in time.

For this binary classification task with very unbalanced class distributions, we evaluate on precision, recall and F1 score.

We compute the F1 score for both propaganda and non-propaganda sentences. In addition, we compute the accuracy. As suggested by the guideline, we use propaganda F1 as the primary metric for measuring the performance of our models.

3. Sequence Labeling
We compute and optimize the per token accuracy and F1 score

We analyze the distribution of the plt, spec and length of both propaganda and non-propaganda sentences. 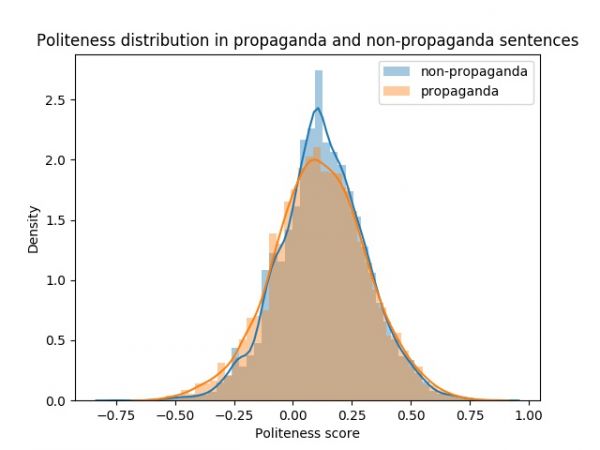 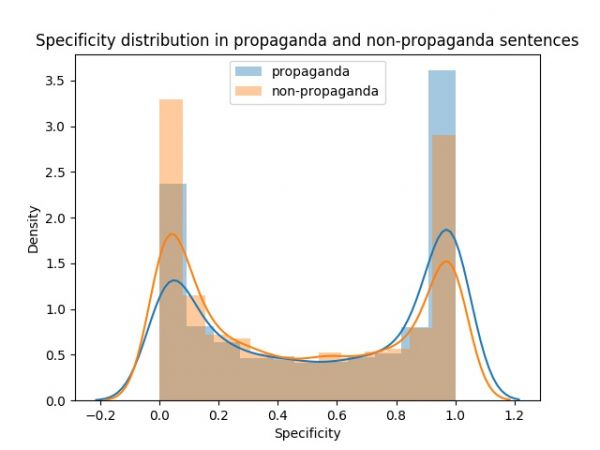 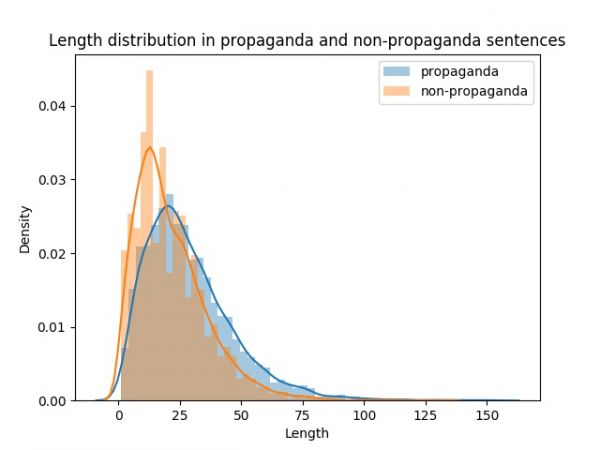