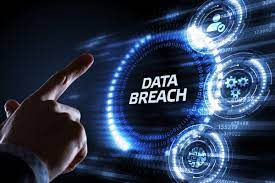 Cybersecurity theft is a major issue in this high-paced digital age. Data breach is one of the common problems which affects millions of people around the world. This list of the largest data breaches in history is based on the number of accounts and users affected. It also differentiates between malicious data theft and accidental data exposure. The list also includes the names of those who suffered, responsible parties, and more. It also includes the number of victims in each breach.

Heartland Payment Systems suffered a massive data breach a few years ago that affected up to 100 million Americans. The Heartland payment system breach was the result of a SQL Injection attack in late 2007. The hackers gained access to data stored on servers using malicious software. The company processes over 11 million transactions a day and over $80 billion in transactions annually. The company is based in Princeton, New Jersey.

The attack worked by appending commands from a database to web scripts. Heartland determined that the code was in a web login page that had been deployed eight years earlier. It took the hackers about eight months to get into the payment processing system. They managed to avoid detection by several antivirus systems and installed a spyware program that captured the card details of users as payments were processed.

After the Heartland Payment Systems data breach, the company implemented many new security protocols. These measures will prevent future attacks. However, it is important to remember that a data breach is a very real risk. It is important to protect yourself and your customers. A data breach can lead to serious financial consequences. Use a secure encrypted VPN for accessing healthcare and financial websites. The best way to protect your data is to prevent it from happening in the first place.

A hacker has released information about a data breach at MGM Resorts. According to the hacker, the data was stolen from a cloud server last summer. The unauthorized access uncovered the breach, and MGM has since notified affected guests. The hacked information includes guest phonebook information, as well as information about celebrities and government officials.

A separate attack on Yahoo occurred in 2014, where hackers stole 500 million accounts. The hackers used login credentials from three employees to gain access to the company’s database. The hackers were able to access passwords and other personal information for thousands of employees. The FBI was able to link the hack to a Russian hacking operation. In 2014, Yahoo began remediation efforts. They later disclosed details of the data breach to the public.

Despite the recent disclosures, the hack occurred before the company sold its data to Verizon. The hack was a major setback for the company and knocked $350 million off its asking price. However, the company was ultimately able to sell off its core Internet business for $4.48 billion to Verizon. In return, the two companies agreed to share regulatory and legal risks. The deal didn’t include ownership in Alibaba and Yahoo Japan.

Yahoo has revealed that the hacker team responsible for this attack is likely state-sponsored actors. The company believes that hackers used the stolen information to conduct malicious activities, including credential stuffing attacks. This automated process allows hackers to gain access to websites without the user’s knowledge and puts them at risk of fraudulent loans, unauthorized purchases, and money transfers.

The breach occurred when a hacker exploited a security flaw. This flaw allowed an anonymous hacker to gain access to 106 million records on the company’s servers. This data included US and Canadian Social Security numbers, as well as bank account numbers.

The FriendFinder Network has suffered a massive data breach in 2015, exposing over 412 million user accounts. The data was exposed in two forms – plaintext and SHA1 hashing. The hack was suspected to have taken place in October, according to LeakedSource. As a result, the company has reset passwords for affected users.

The hack was not detected by the company, and the hackers used SHA-1, an unsalted hash algorithm, to store user information. As a result, the attackers were able to access passwords and other personal information from millions of users. They then used this information to create fictitious tax return forms that resulted in a $65 million refund.

The data breach at Virgin Media affected over 900,000 people. It exposed personal information about their customers and potential customers. The company was aware of the breach and took steps to protect its customers’ privacy. The data breach was a result of an unsecured database left on the internet for ten months.

The company immediately notified the Information Commissioner’s Office of the data breach. Despite the large number of customers affected, the data breach was not a sophisticated cyber attack. Virgin Media’s database had no password and was left unprotected on the Internet. Therefore, anyone with Internet access could have accessed the information.

Virgin Media assured customers that the misconfigured database did not contain any financial or sensitive information. A hacker group called TurgenSec discovered the database and responsibly reported it to Virgin Media’s security team. They also followed the National Cyber Security Centre’s guidelines when reporting the incident. Virgin Media has not publicly acknowledged the findings of TurgenSec, but the firm said it has confirmed the information that has been leaked.

The data breach at First American Financials has exposed more than 885 million personal files. The files include social security numbers, bank account numbers, mortgage and tax records, and even images of driver’s licenses. The company is a leading title insurer in the U.S. real estate market. The breach was discovered by developer Ben Shoval.

The breach is likely to have a wide impact on consumers. Besides Americans, the information leaked from First American Financials also affects its clients in Europe and Canada. The breach took place in 2015 and affected all businesses that worked with Heartland Payment Systems. This case highlights the importance of vendor risk management and identifying vulnerable third parties before they can become attack vectors. The attacker, identified as Thompson, stole 100 million credit card applications dating back to 2005. Once identified, Thompson was arrested and the FBI recovered the data.

Morgan Stanley confirmed that a data breach took place earlier this year. As a result, personal information about their customers, including social security numbers, names, and addresses, was stolen. The attackers were able to gain access to the database through a vulnerability in the server used by the third-party vendor.

This data breach affected 146,000 customers and caused the company to lose $1.3 billion in stock value. High transparency and control practices would have saved the bank at least $820 million. In response, the company has invested $250 million in cybersecurity systems and hired 1,000 more IT professionals. Nevertheless, the company has yet to disclose the exact number of affected customers.

A recent investigation by the Office of Comptroller of the Currency found that Morgan Stanley had failed to keep customer information secure. It also failed to assess the risk of subcontracting decommissioning work and failed to keep an appropriate inventory of customer information. These findings have prompted regulators to impose a $60 million civil penalty against Morgan Stanley. The money will be paid out to customers as part of the settlement.

The breach occurred in the early part of 2014 and involved the largest health insurance provider in the United States. The information breached included 80 million records, including names, birthdates, Social Security numbers, home addresses, and medical records. The company took immediate action to address the issue.

A data breach at Deep Root Analytics has uncovered a huge trove of personal information about users. The company says it uses the data to segment and profile users. It also claims the data contains valuable election data that the Trump campaign is using to influence voters. This breach has prompted the company to take action and secure its database.

The data breach is not the only breach to affect the company.

Facebook has been the subject of several major data breaches in the last decade. In 2014, hackers gained access to tens of millions of Facebook users’ personal information, including phone numbers. In one case, hackers gained access to the Facebook account of top executive Sheryl Sandberg. The company says it fixed the bugs and notified law enforcement officials. However, Facebook does not know who the hackers are or what the scope of the breach was. It is currently investigating the breach, and critics are calling for more regulation of the company’s operations.

In other cases, the breach could have impacted 30 million consumers. In another case, an unauthorized third party may have filled out fake tax return forms resulting in a $65 million tax refund. Facebook has also been accused of putting the personal information of more than two billion users at risk. Try to use the best secure browser for accessing Facebook so that your data can be kept safe.

Alibaba’s data breach in 2014 was one of the largest data breaches ever reported. The breach affected the personal information of 145 million users and exposed payment information. Hackers gained access to the passwords and usernames of the affected users. The breach is thought to have been the work of a state-sponsored actor. It is believed that the attackers used the credentials of three corporate employees to access customer data. The attackers were able to access this data for 229 days. The company issued an apology and asked affected users to change their passwords. The company also said that financial information is stored separately. However, it was criticized for the lack of communication with its users and for not properly implementing a password-renewal process.

2 thoughts on “The Top 10 Largest Data Breaches in History”