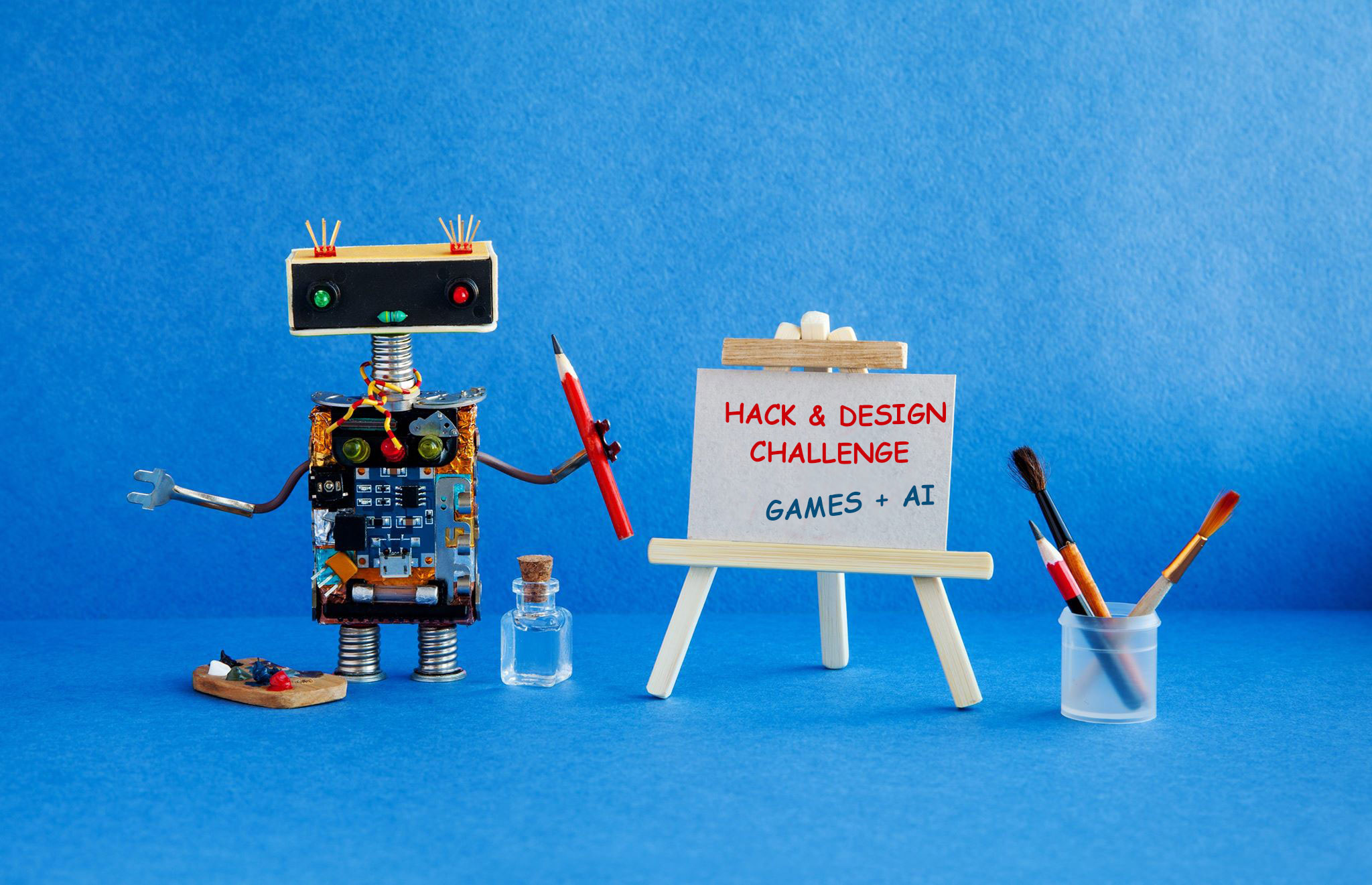 From 1st to 4th of March Data Science Society was a co-host of a cool event in Sofia Lab. The event was Hack & Design Challenge vol 1: Make Games and AI (organized by Hardcore Game Jam) and it was all about meeting the AI community with the game designing community. It was not exactly Datathon and not exactly Game jam, let us call it a data-jam – where everyone with a creative mind could prosper and transcend ideas.

The main sponsors of the event – Sofia Development Association outdid themselves again by accommodating the participants but also by rewarding all of them with a ticket to Webit Festival.

We would also like to thank Tommy Thompson  (the super popular voice behind AI and Games) for the super cool video greeting:

We have had panty of positive output and cool emotions as results from the event, but did we also ever have cool tangible results (games and tools). All finished code files and assets accompanied by reasonably understandable documentation are published in public repositories and/or are otherwise accessible to the public. Here they are:

Even before the start of the event, we were able to start working on the tasks, by putting together an extensive resource on making games with A.I. in the form of a tool book with the vast amount of books, articles, libraries, repositories, and codes. The participants, the lectors and our special remote guest Tommy Thomson apprised the Tool book, and of course, they also helped to expand it. It is open to the public and is still available to be enriched by anyone at http://bit.ly/AI-games.

Virux is a strategic board game with puzzle elements but played as a sand-box simulation. As a player, you basically make a series of experiments to spread out two types of “viruses” on an experimental board.

The AI implementation of this game is in relation to the TASK 4: Make a cooperative A.I. game, but at the same time game is procedurally generated (TASK 2).

The driver in the truck has one very important task – to get the shipment from point A to point B unharmed and as fast as possible. The load is test tubes full of life saving vaccine. The road he drives on is full of obstacles and he has to overcome them. If he doesn’t make it on time people will die. Every time when the truck falls into a hall, hit a stone or an animal the truck gets broken. The only way to fix the truck is by collecting coins and tools. Get the job done and do not waste people’s lives!

The gameplay of this action packed game is similar to the Temple run types of games. It is highly obsessive with its neon 89’s style and endless gameplay.

Mentioning endless – it really is. The game uses a fractal numerical sequence as a mean of procedural generation (TASK 2) of the gameplay. The interplanetary enemies re-spawn wave after wave and the lone protector has to fire at them back, or at least ram them away. A platform shooter game with some unusual twists, which gives a lot of fun when played.

It is a game aiming at TASK1: Make an enemy bot game (but at the same time it also hits TASK2: Procedural game). It implements endlessly spawning enemies, each of them follows a very simple behavior tree with several states, accompanied by swarm tactics. We have to breed a specific kind of genetic alien devices (GAD) through the process of multi-stage directed selection. You have an objective feature state (color) which we want to be achieved in at least one of the GADs. Then we select those GADs whose genes could be used to achieve a GAD closer to the objective in the next generation of GADs. The non-selected GADs are disposed and a new generation of GADs are bred by mating the selected ones. Sometimes we will need to use the random mutation as a mean to move the selection in a new direction.

This game aims at TASK 5: Create an educational game and is a simplistic (but not easy) logical puzzle game. The game introduces the players to the evolutional algorithms. Playing as the de-facto-algorithm, they learn the most important phases of the one such algorithm – the multi-stage selection procedure. Also, swarm algorithm is used for the gameplay. MC Уъфcho is leading his band of Vinkel boyz down in the mine to capture the treasure of the Steel City (A.K.A. Chugun chest) and get back out alive. They have to navigate the complex labyrinth of treacherous up- and down- tunnels. Unfortunately, The Blues players are trying to beat them to it, but this time the Blues are mind controlled by the Devil himself (who is also proficient in Markov Chains calculations).

This game was our solution for TASK3: Train a Bot to Play and this is by far the most sufficticated game made at the data-jam. The game incapacitates three innovative techniques: This is probably the most useful result for any future collaborations between AI and Gaming experts. It is a bridge between the two most used workflows by either side. It really permits dividing the game truly into the frontend (in Unity3d) and algorithmic backend (in python Jupyter Notebook). The API could be used to create new games or to append complicated A.I. to any existing Unity game.

The impro-guys from improduce.me, the relax zone from The Stars Group, and the refreshments from Coca-Cola HBC Bulgaria helped for the good vibes throughout, while the event was publicized by Sofia Game Jam and by Game Development Summit. Add Crew Dragon‘s successful space Odessy and we had full action for more than 72 hours.

Thank you all for joining us in this game creation adventure with AI – See you at the next challenge this summer – the Hardcore Game Jam!

3 thoughts on “What we achieved at the ‘Making games and AI’ data-jam?”