Time series data from velocity and acceleration measurement was provided for 7 machines and 6 sensors for each machine. Data collected at several hours per day was available. For different machines different time-spams were used.

Initial understanding the data was complex task, due to the high amount of records and not well structured data.

For better understanding of the data, exploration of graphs and detail overview of the descriptive statistics were applied. Any connections among different  machines and sensors were investigated. It is visible that results of sensors which are situated on the same part of the machine are highly correlated. 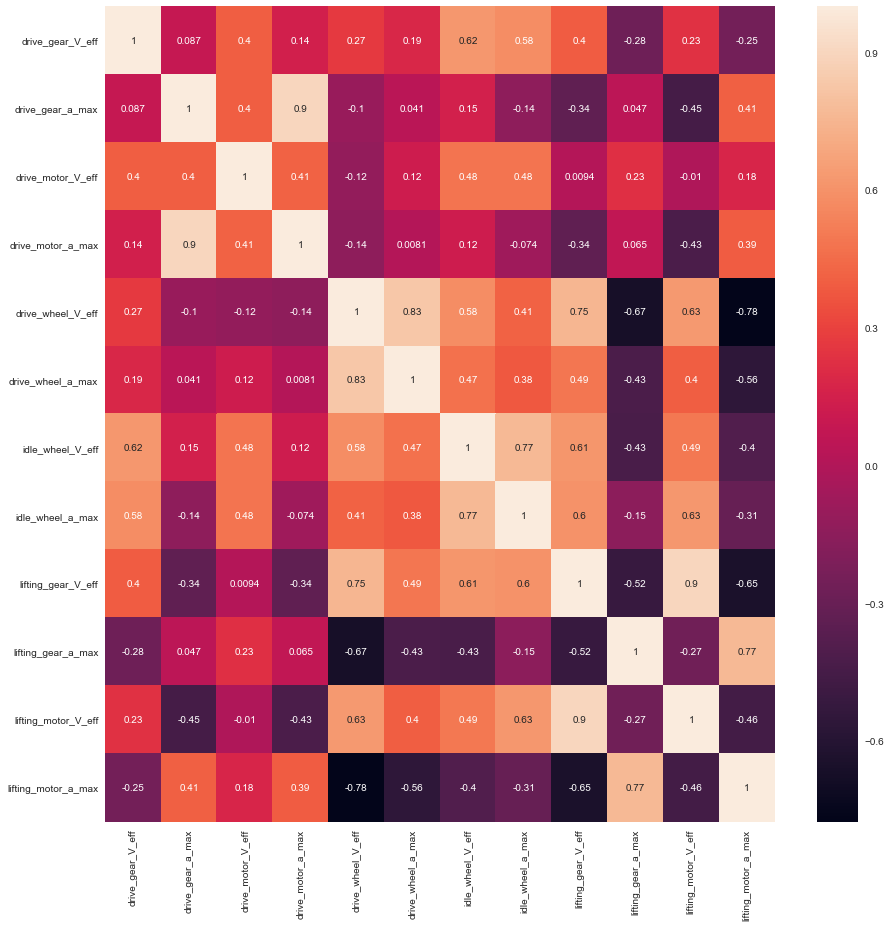 Additional data was provided for some of the maintenance events like grinding the rails and change of parts.

An example plot for daily max values of effective Velocity of RBG1  from drive_gear sensor: 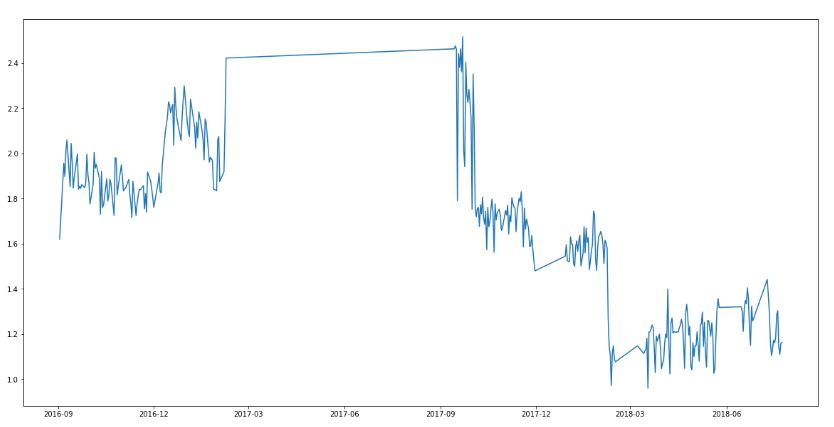 In order to reconstruct the data in more contvinient and practical way various data prep techniques were used:

A proxy of max daily value was used. In order to ignore the noise in the pure maximal values, max value of hourly calculated 90 percentile measurement is taken. It is expected that any maximal values of velocity and acceleration registration from the sensors may be connected with eventual disturbance in the machine functionalities.

The number of consequently missing days with observations also may be a strong predictor for the machine performance. For example, if the machine was idle only for a day, it was probably a small maintenance event, while long periods with no observations can suggest a significant failure.

For example, for two of the machines the number of consequent missing days shows the following distribution: 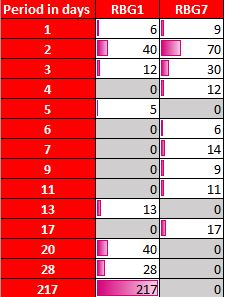 The outcome is defined according to the following rules:

– Maintenance/repairs of the machines

Because of the small number of failures a synthetic oversampling technique was used in order to multiplicate the records. Synthetic data points where created as additional failure records. The smaller subpopulation in the classification output is made to be the same number of observation as the other class. In the our case the number of failures is synteticaly oversampled to be equal to the non-failures. This has been done only to build a classification model. After that the classification object has used on non-syntetic original data.

The modelling was separated in two main stages

– Various Classification techniques were applied using the outputs from the first step.

In order to be captured any seasonality or behaviour pattern in the measurements or in the maintenance process various time series analysis are applied. As expected, unit root test of the series showed that data is non-stationary. Lag values and differences are produced for further analysis on this base.

ACF and PACF results showed significant lags to be present in the series. In the Auto-regressive part  these are lag 1 and lag 7. 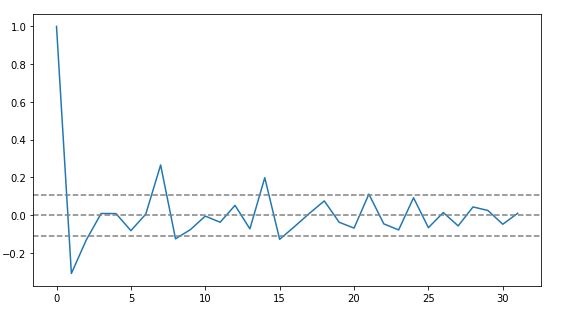 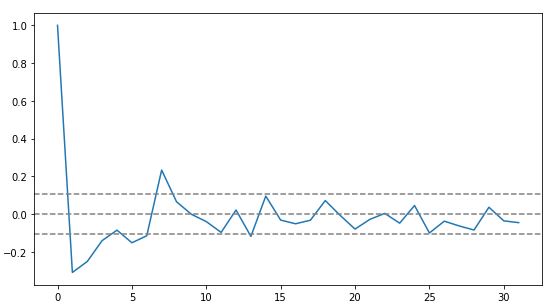 Based on the Auto correlation Function and Partial auto correlation function 1 and 7 lag are picked as predictors in an AR part as further inputs in the final model.

Fourier transformation was applied to an additionally created dummy variable that shows whether measurement tests were run on that date or not. As it may be seen from the graph below, strong cyclical component on approximately 100 days is found:

Our main assumption is, that these 100-days cycle is a regular maintenance of the machine (like grinding, changing parts, setup, etc.). However, this was not confirmed by the repair records data provided by the organizers.

The clustering analysis was applied separately on each machine. Well separated clusters were observed based on the trends of different measurements across time series. 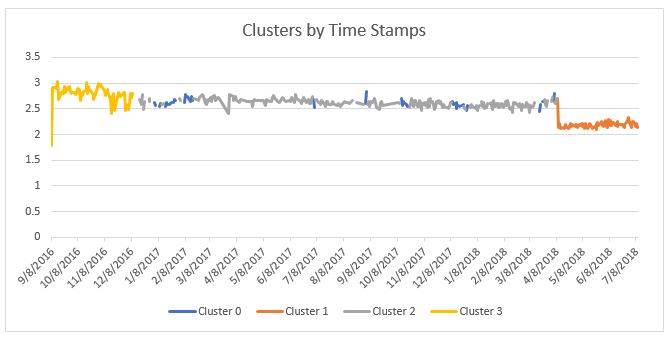 A Support Vector Machine is built as a classification approach. In order to use the computing process in the most efficient way, the kernel version of this model is used. Grid search is performed to optimize the performance of the model and the kernel, gamma and C parameters were tuned in order to select the best performing model.

All of the models were validated with hold-out sample which is 25% of each machine observations.

Confusion matrices were created on the validation to assess the discrimination performance of the model. The model has shown f1 score of  0.,998279.