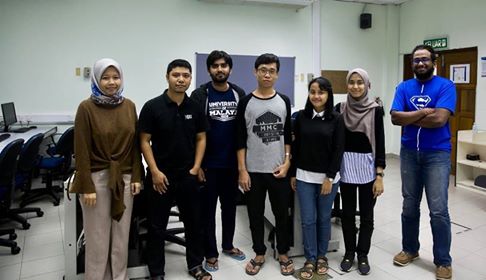 Between 27th and 29th April, 2018, the Data Science Society organized the world’s first online Academia Datathon – a global Data Science University competition. The event was held online and on-site at the participating Universities. Within 48 hours, a total of 130 participants from more than 6 countries and 10 universities experimented with exclusive cryptocurrency data set, and were advised by 25 experienced mentors from the Academia and the business from Indonesia, India, Bulgaria, Croatia and Qatar.

The teams showed extraordinary dedication to the Machine Learning challenge and more than 10 universities submitted 19 unique solutions, of which the jury identified the 5 best for the final. The live streaming presentations from the 5 international finalist teams attracted a lot of interest and were watched from 23 locations worldwide.

Although a fair share of participants did not have a team formed before the start of the race, most of them were officially assigned to a team using a matchmaking algorithm that takes their skills and interests into account.

The big prize went to team “Umalaya” – the team had well structured work and presentation which they streamed from University of Malaya in Kuala Lumpur. They won the jury with their approach to create not only a prediction model of the major cryptocurrencies’ prices but also managed to develop an autonomous A.I. decision-maker for cryptocurrency trading and investing. You can read their article on the Datathon platform.

The second place went to Team UNWE formed by young Bulgarian Data Scientists, that developed only for 48 hours their innovative approach to the case, followed on third place by team Cryptomonkeys from Bulgaria as well. Among the best teams were also the students from India, Manipal Academy of Higher Education.

Professor A. Marchev states that “Here the participants work and co-exist in locations all over the world. Besides technical skills, students also develop interpersonal skills because of the need for intensive internal group and external communication, and because of the need for informal and formal presentation of their ideas to others (and eventually to the whole world). Honestly, the entire learning process in any discipline can and should be transformed into a race-driven game – ie. the so-called “learn by doing” concept.”

The organisation behind the event, Data Science Society, is a volunteer community of experts in data mining, modeling and machine learning that have been promoting Data Science in the past 4 years. The goal of the community is to promote innovation and entrepreneurship in Data Science through a variety of initiatives. These include workshops, long-term projects with a practical focus on developing Machine Learning models and participating in international conferences. Their next big thing for 2018 is going to be Datathon called Hack the News. Until then there will be many side initiatives as Streams, Videos, Articles and Presentations which will be shared within the community.