Python is a popular programming language that comes with a wide array of applications. It includes dynamic typing, dynamic binding, and high-level data structures. These features make rapid application development attractive. It also helps Python to be used as a glue language and scripting to connect the components.

You can also extend Python to make system calls to almost every operating system. You can also run code codes written in C++, or C. Python has earned the tag of a universal language due to its ability to run on almost every system architecture.

Python has garnered immense popularity among developers and business owners. To measure its popularity, we need to compare its performance with other languages.

As per the 2020 Stack Overflow Developer Survey, Python is the fourth most loved programming language. 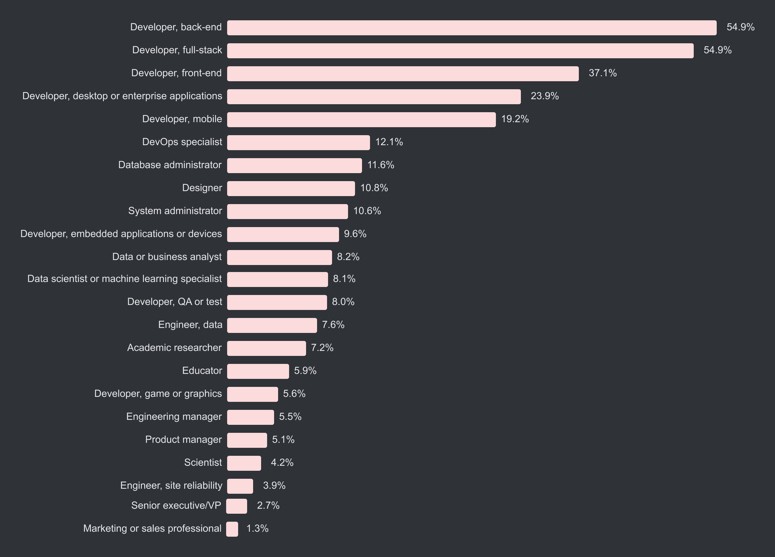 Python has taken this spot for four consecutive years. There are other parameters too to check its popularity. For instance, the TIOBE index calculates the rating based on the total number of search engine hits for the languages. The latest ratings by TIOBE report suggest that Python has jumped by 1.86% from July 2020 to July 2021. 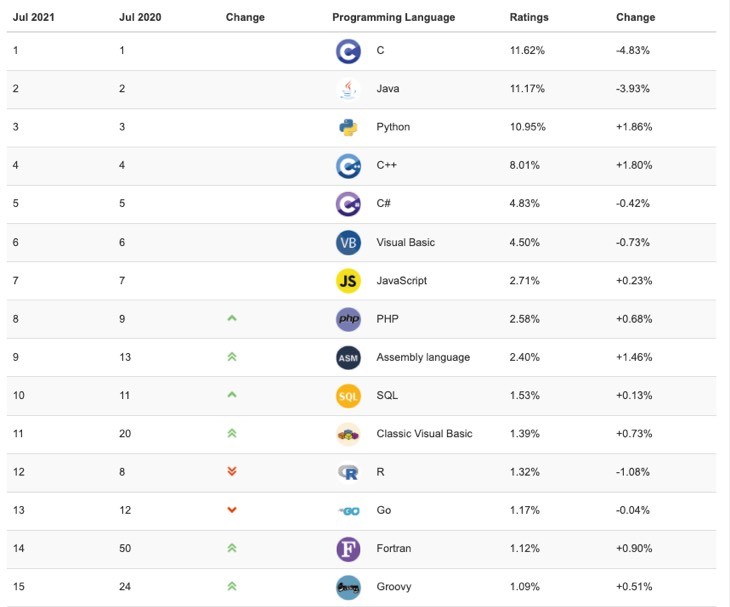 Even if we look at the Google search queries of these languages from Feb 2020 to Feb 2021. We see that Python tops the, making behind Java and C++. 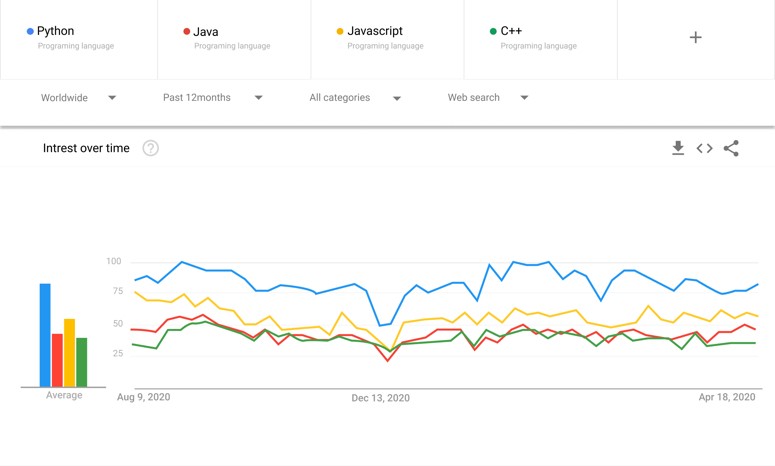 Below are some additional stats which are testimony to Python’s growing popularity:

Top 10 reasons to use Python for your Business

Python is an open-source programming language. It enables developers to use the language freely. Developers can also change the code along with distributing it to other developers.

Developers have to deal with fewer bugs and errors in Python-based software, mobile, and web development. Furthermore, Python also offers better security than the other prominent programming languages. Developers also use the Python Web Development framework as a means to cut costs.

Start-ups and enterprises look for scalability while choosing the programming language. This is where Python succeeds with flying colors. Python offers high scalability with its codes. It allows you to add, remove, alter, and modify Python codes as per your needs. As a result, you can develop highly scalable mobile and web applications that can manage massive traffic loads.

Time is of the essence for start-ups and enterprises. Businesses are looking for programming languages that enable them to capture the market with speedy development. It’s because Python has massive popularity, vast community, and top-notch third-party libraries. Furthermore, it enables businesses to develop MVP with just fewer lines of code and a short time. You can also hire Python developers to achieve faster time to market.

Python is an object-oriented language. Its object-focused programming helps to manage all the web development processes efficiently. The language also has the ability to process text via its unit testing framework.

Combining all these features with web development, it offers a robust, speedy, dynamic, and secure web application.

This is why businesses prefer using Python web development frameworks. It helps them to offer top-notch solutions for their customers.

Python is highly user-friendly. It’s easy to use, easy to learn, intuitive, and well structured. Python developers find this language simple and similar to the English writing style. It uses spaces in place of special characters. It also uses braces to indicate the start and end of the program code. This enhances the readability of the code. It also offers access to syntax, options, easily decipherable parameters, and scalability.

Implementing SEO practices can improve your website’s rank on search engines. However, SEO is not only about website content and images. It also includes the programming language used for web development. Python is one of the best human-readable programming languages which makes it the best fit for your website’s SEO. Developers can also use the Django framework of Python. It helps them to build readable hyperlinks, using relevant keywords and best SEO practices.

Python comes with a vast community and extensive libraries that offer speedy support whenever your developers face any issue. Furthermore, if we look from a community point of view, the Python community is highly diverse as it holds several roles across industry verticals.

Since Python is an open-source platform, it offers extended support to ensure that there are several layers of complexities and interjections addressed. Python is an old language and it has allowed numerous developers to form ecosystems that work on improving expression that yields long-term benefits. This has also enhanced the overall appeal of the language.

No Need of a Large Team

This is arguably one of the biggest benefits that start-ups and businesses get from choosing Python. The simplicity of Python’s code writing eliminates the need of forming a big team. It also helps in cost-cutting. With Python Development Services in place, you don’t have to hire multiple developers for your project.

Python is highly secure just like PHP, HTML, and other web application development languages. It enables you to hide the source code from direct viewing. Python is just perfect if you’re dealing with sensitive information and products. It keeps your web applications secure at all costs.

Web Application Development is arguably the best use case for Python. Its numerous options for web development make it everyone’s first choice. For example, you can develop web frameworks and advanced content management systems like Django CMS and Plone with the help of Pyramid, Django, Flask, and Bottle. These web frameworks consist of standard modules and libraries that simplify the task such as database interaction, content management, and interfacing with internet protocols like SMTP, XML, HTTP, FTP, JSON, POP, and IMAP.

Just like web development, Python also comes with an arsenal of libraries and tools for game development. Python has been used to develop some legendary games in the past. Battlefield 2 is one such game that was everyone’s favourite shooting game in the early 2000s. Worlds of Tanks and Frets of Fire were other such popular games that were developed with Python libraries like PySoy and PyGame. Other libraries like Construct, PyOpenGL, Pycap, and Panda3D make 2D and 3D game development easy.

Artificial intelligence and Machine Learning are arguably the most exciting use cases of Python. Python is also suitable for AI and ML due to its stable and secure nature. This makes it easy for Python to manage the computations needed for creating Machine Learning models.

Also, these applications must have the ability to integrate with existing databases and non-web apps. The entire process development can become complicated since the business applications are needed to cater to specific requirements of the organization.

This is where Python comes into the picture. Python’s features like readability, flexibility, high performance, and scalability help developers to build efficient and fully functional business applications. You can build robust enterprise-level business applications by choosing a reputed Python development company.

The critical aspect of Data Science is the extraction of valuable insights from data visualization and large datasets. Python’s libraries like SciPy, NumPy, Pandas, Matplotlib, and TensorFlow make this task easy. Matplotlib and Seaborn use graphs for data visualization. Whereas, SciPy, Pandas, and NumPy work with data.

Python is the most preferred language by a majority of data scientists. It’s also the preliminary for several data-based research and organizations. The contribution of the Data Science field in the popularity of Python is immense.

Python can create Embedded C software since it’s based on C. It helps developers to perform high-level applications on smaller devices. Raspberry Pi is the most prominent embedded application that uses Python for computing. You can also use it like a simple embedded board or as a computer to perform computations of high-level.

Python applications and packages are known for simplifying the software development process. Whether it’s about complex application development involving numeric computing or desktop and web applications, you can do it easily with Python. That’s why Software Developers use Python as a support language for testing, building control, and management.

For example, SCons is specifically designed to build control. Similarly, Apache Gump and Buildbot enable continuous and automated compilation and testing. And at last, Trac and Roundup are used for project management and bug tracking.

Python can be the best choice for your business due to its cost-effective, quick, easy, and innovative development. In this blog, we have discussed and explored various reasons that make Python a business-friendly programming language.