This article aims to improve the estimation of the measured PM10 pollutants. In Sofia, there are several air pollution measurement stations. They measure PM10 particles, which are particles found in the air with a diameter between 2.5 and 10 micrometers.

In this article we define a method to reduce the bias of the measurements from the citizen stations.

For our experiments we took into account only certain parts of the data.

Our data records have 4 fields:

1.1 The distance between official stations and citizen stations

The citizen air measurement stations are spread over a wide distance in the city. On the other hand, the official air stations are grouped in a single smaller region. It is common sense to think that if a citizen station and an official station are very far apart then they are probably less correlated.

One good question to ask would be to estimate a relation between the correlation and the physical distance between two stations. We could go even further and take into account other factors such as topology, local factors and granular meteorology data. Unfortunately, due to time constraints we did not investigated this areas.

In our small research we simply took into account a small region which contains a high number of citizen stations and all of the official stations.
The area is bounded between the latitudes 42.62 and 42.74 and longitudes 23.45 and 23.20:

We choose this numbers visually, by inspecting the map.

We took into account only the data from 2018, because it was available in high numbers both for the official stations and citizen stations.
The measurements granularity is by the hour.

2. Measuring the correlation of data

Finally, in order to normalize the measurements we perform the following: 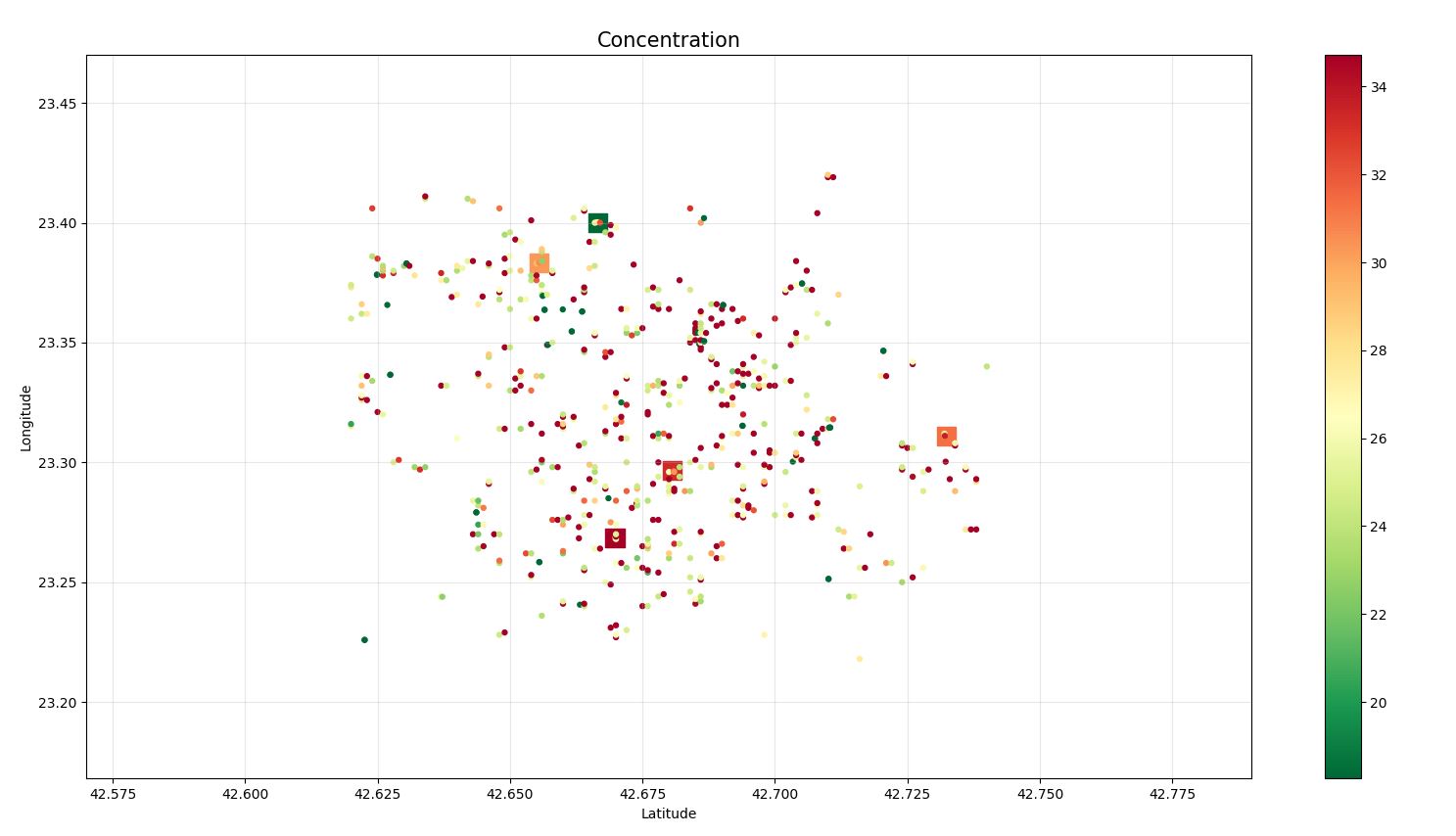 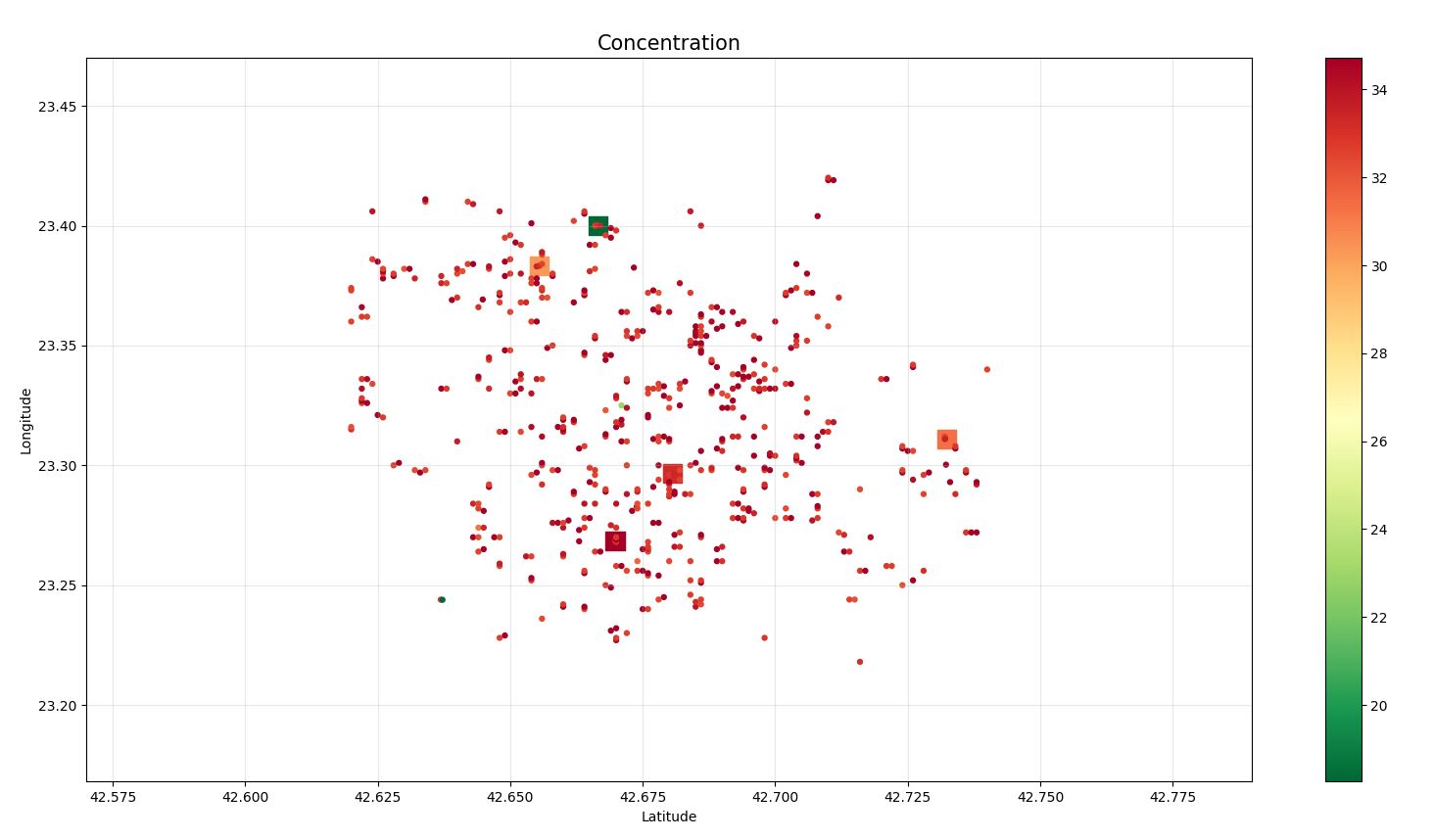