A lot of technological breakthroughs were promised to us, till the year 2020. Although much has not been achieved as claimed, yet the advancement and implementation of revolutionary technologies in the realm of AI (Artificial Intelligence), Big Data, and Machine Learning has contributed immensely to refining Image Recognition technology further.

The dawn of driverless cars, impressive facial-recognition mechanics already implemented in various countries, and faster detection of objects in real-time with accuracy – all were made possible through image recognition algorithms, powered by machine learning. 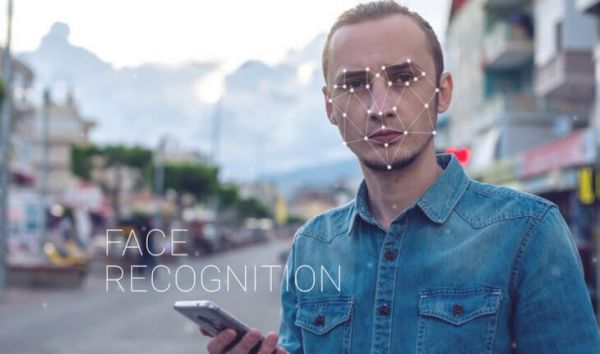 One can easily predict the Image recognition market to be thriving in the coming years, at this point. The statistics estimate the IR market to reach around 3.8 billion USD by the year 2021. This is a massive hike from a mere 15.9 billion in 2016, nearly 100% increase, according to data by Markets and Markets research. 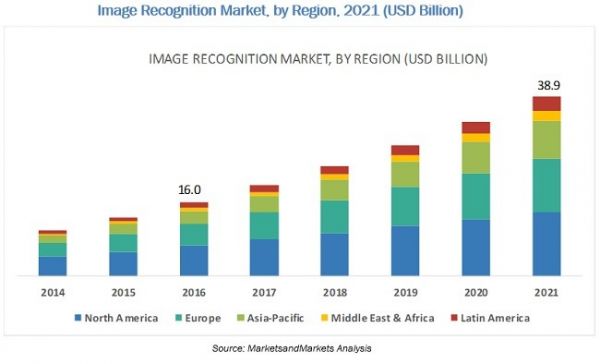 Image recognition technology has embedded seamlessly in the areas of e-commerce, content sharing (helping in moderating offensive visual content), security, healthcare, and automotive – Let’s look at the image recognition applications that software and app development companies and as a whole are working to pave the way towards a futuristic present, and near-future.

Fairly new and exciting, but rapidly progressing – Augmented reality has given a whole new perspective to ‘daydreaming with your eye open’. The gaming arena has started using image recognition technology coupled with augmented reality to their advantage, as it helps to provide gamers with a realistic experience. Of course, developers benefit greatly as they can utilize image recognition in creating realistic gaming environments and characters. 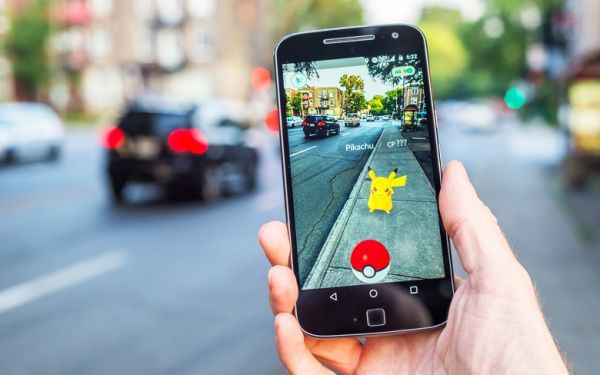 China’s popular video game, Honour of Kings, uses image processing applications in face recognition to determine the ages of their users. This entails the many variations of image recognition technologies are being utilized in the gaming landscape.

Assisting in the Educational System

What good is technology if it is not solving the various problems faced by humans. The Image recognition system is adding great value in the educational sector by enabling students with learning disabilities to register knowledge in a way that is easier for them. For example, applications that rely on computer vision, allow text-to-speech options –this greatly assists visually impaired or dyslexic students to read the content.

This isn’t the limitation of image recognition technology’s contribution to the student bodies. It is also helping in breaking free from the traditional teaching boundaries and equipping educators with high-tech learning tools.

Considering this is the rise of photo-centric age, images, pictures, and video is of higher preference – Medicine field isn’t far behind with their medical data consisting of 90% of medical images, making this their largest data source in healthcare.

So connecting one dot with another, these medical images will be trained by the smart image recognition technology to revolutionize the art of diagnosis – making detection of severe diseases, including cancer easier.

Senior Manager for intelligent information systems at IBM Research, John Smith informed that detection of melanoma (a type of cancer), is one of the promising automated image processing applications.

Yes, the technology for a near-perfect smooth journey in a self-driving car is still in the works, as several incidents of autonomous vehicles crashing emerged. However, this definitely is the future of the automotive industry.

Computer vision is one of the key components fueling self-driving technology, including the enhancement of safety features. In addition, AI is implemented to identify objects on the roads; which includes other vehicles, sharp turns, people, pathways, and moving objects in general. 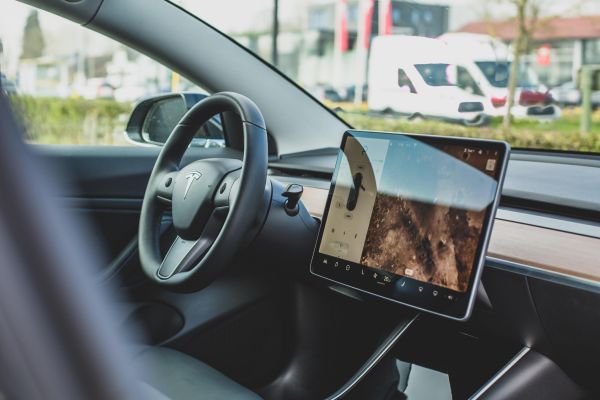 AI, ML, computer vision, coupled with Image recognition is actively being incorporated by many companies aiming to introduce driverless cars to their market.

Image recognition technology, in particular, is enabling speed prediction, the behavior of other moving objects, and location. Since image recognition backed by AI and ML, in a nutshell, is facilitating inanimate technology with a pair of eyes – Researchers are close to creating AI that would allow cars to see during the dark. Pretty impressive!

Of course, the area of brand advertisements, Ad targeting, and improving customer service was bound to benefit from the useful applications of image recognition. By targeting customer’s posted photos through IR – they can learn about their interests and consumerism behaviors. This, in turn, will help the brand’s targeting efforts to be streamlined and perfected. Since they will have the required data to target a relevant audiences and place their ads smartly.

This is another useful IR use case, second to medical imagery. The world of advertisement has been enhanced enough with the help of social media, and now with image recognition technology – users and brands will be facilitated more accurately.

As discussed above, image recognition applications help identify objects, visualize them further, analyze them, and then enable machines to make decisions accordingly with respect to the visual inputs received.

Apart from the discussed uses of IR, it has been embedded in vital manufacturing and industrial processes, which opens possibilities to an impeccable production process world-wide. What more is that this technology to take visual inputs intelligently allows machines to detect defects in the manufacturing structure, without depending on human assistance. Of course, AI follows closely, operating to fetch necessary information by learning the behavior on its own.

Iris recognition has been improved considerably with the help of image recognition technology that recognizes the unique patterns in the iris. One of the most important and essential applications of iris recognition is biometric identification. 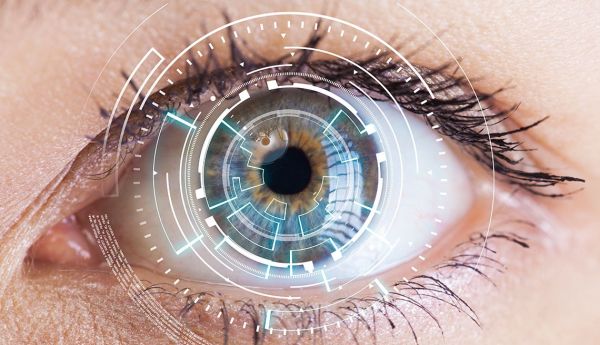 However, an innovative application of this would be its integration in high-end flagship smartphones; Samsung Galaxy Note 7, Galaxy S8, and Windows Lumia 950, to name a few. Unfortunately, smartphones’ security wasn’t guaranteed through iris recognition. Nonetheless, this technology in the works still has given way to the visualization of many new upcoming technologies that can rely on iris recognition.

These were just some of the futuristic implementations of image recognition – coming into 2020, there is better and more refined technology waiting to be incorporated into new avenues of tech-breakthroughs.