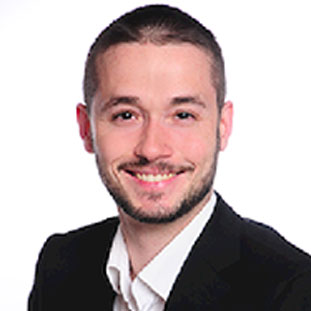 In the late 90’s Viktor attendet the SMG, the notorious Sofia High School for Mathematics, where his teacher was Ivan Simeonov.

From that time Viktor got his love for competions in maths and computer science. He participated in two dathatons organized by the Data Science society in 2017 and 2018 and got a golden and a silver placement. After this, he was invited to join the org-crew and is now a mentor in Natural Language Processing.
Viktor is a Marie-Sklodovska Curie (a E.U. funded project) Ph.D. Candidate in Computer Science (expected award Dec 2018), with a dissertation on the Semantic Web and its application in biodiversity informatics. He is currently working at the Swedish Museum for Natural History in the lab of Fredrik Ronquist on developing methods to use probabilistic programming techniques to solve complex questions from evolutionary genomics. Previously, he was at Pensoft Publishers and at the Bulgarian Academy of Sciences.

He has B.Sci. and M.Sci. in mathematics and statistics from Germany (Uni Magdeburg, Uni Munich). His current interests are probabilistic programming, natural language processing, and Bayesian methods in evolutionary biology. He is also an “advanced amateur” when it comes to software development: he likes to play around with functional languages such as OCaml, considers learning Rust, and has authored a few R packages. He also teaches R to biologists in his spare time.