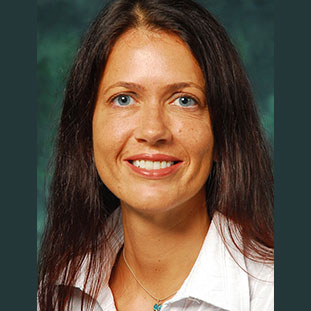 Rada Mihalcea is a professor of computer science and engineering at the University of Michigan. Her research focuses on natural language processing, multimodal processing, and computational social science.

Mihalcea has published 220 articles since 1998 on topics ranging from semantic analysis of text to lie detection. President Barack Obama granted her the Presidential Early Career Award for Scientists and Engineers in 2008.

Mihalcea is an outspoken promoter of diversity in computer science. She also supports an expansion of the traditional analysis of educational success, which tends to focus on academic behavior, to include student life, personality, and background outside of the classroom.

In a collaboration she leads at the University of Michigan, Mihalcea has created software that can detect human lying. In a study of video clips of high profile court cases, a computer was more accurate at detecting deception than human judges.

Mihalcea’s lie-detection software uses machine learning techniques to analyze video clips of actual trials. In her 2015 study, the team used clips from The Innocence Project, a national organization that works to reexamine cases where individuals were tried without the benefit of DNA testing with the aim of exonerating wrongfully convicted individuals. After identifying common human gestures, they transcribed the audio from the video clips of trials and analyzed how often subjects labeled deceptive used various words and phrases. The system was 75% accurate in identifying which subjects were deceptive among 120 videos. That puts Mihalcea’s algorithm on par with the most commonly accepted form of lie detection, polygraph tests, which are roughly 85 percent accurate when testing guilty people and 56 percent accurate when testing the innocent.

Beyond the courtroom, Mihalcea says, the software could be adapted for job interviews. But she notes there are still improvements to be made — in particular to account for cultural and demographic differences. A possibly unique advantage of Mihalcea’s study was the real world, high stakes nature of the footage analyzed in the study. In laboratory experiments, it is difficult to create a setting that motivates people to truly lie.